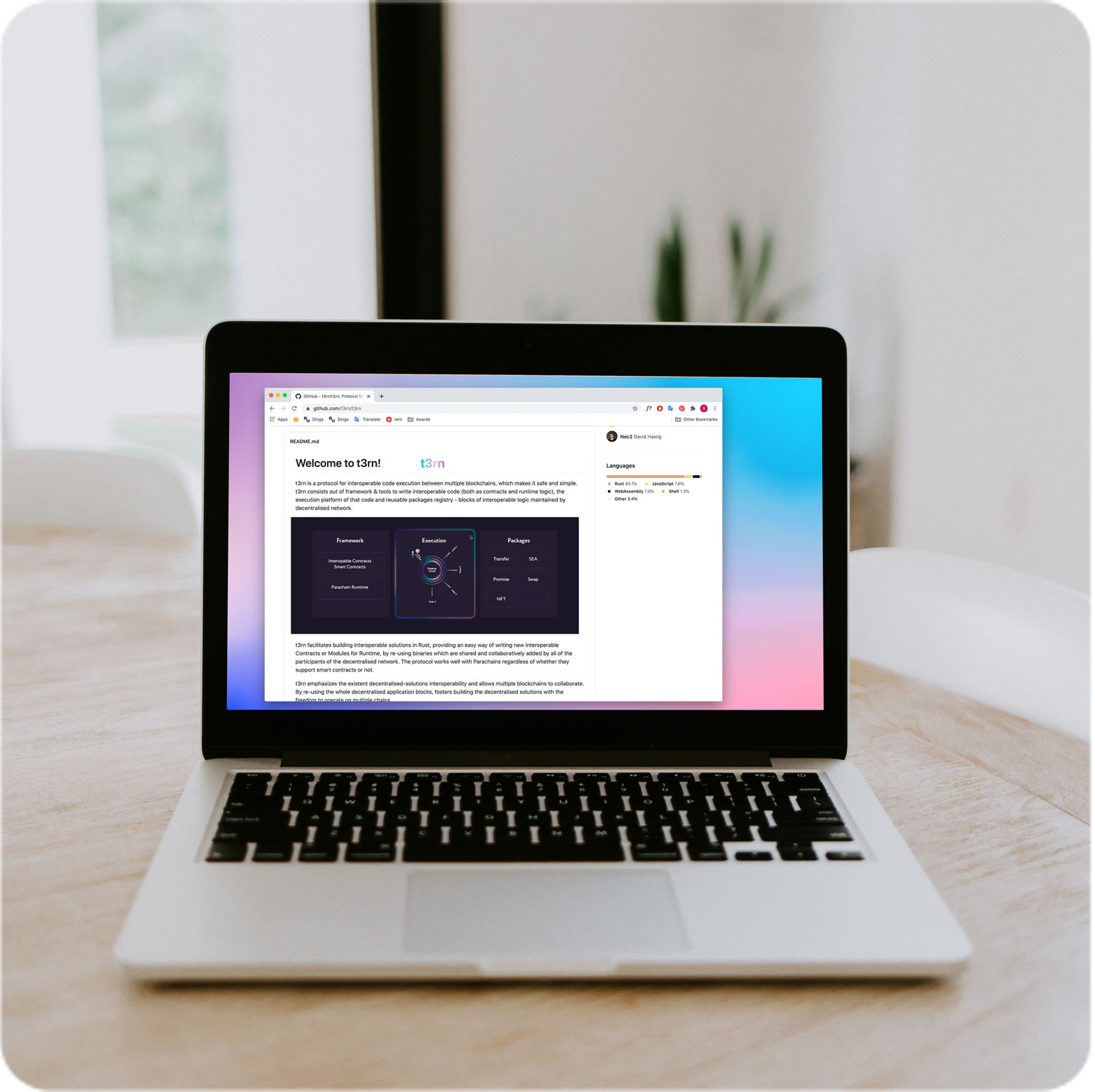 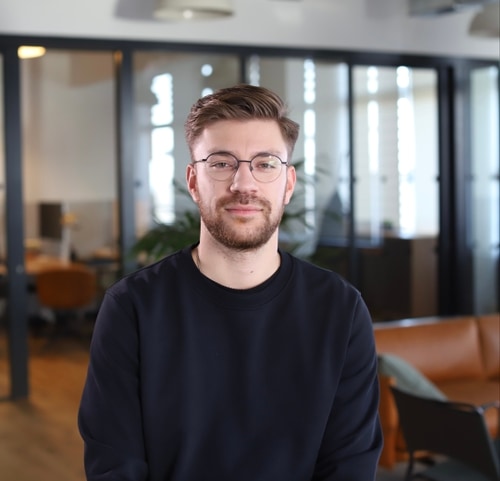 t3rn has been created to offer a fresh approach to the problem of blockchain interoperability (the ability for blockchains to communicate and interact with one another). The ultimate goal of the t3rn project is to enable trust-free collaboration between blockchains and harness this synergy to create an ecosystem in which anyone can utilise and deploy an interoperable smart contract, an ecosystem where developers are rightly rewarded for their contributions.

t3rn is a hosting platform for smart contracts that makes execution across multiple, independent blockchains possible.

Developed with support from the pioneering Web3 Foundation, t3rn aims to become a key pillar in a thriving Polkadot ecosystem, making full trustless collaboration between blockchains a reality and helping to mature the technology as a whole.

The problem that t3rn solves

Blockchains currently operate in silos, meaning they are incapable of interacting with one another, a limitation that can be regarded as one of the main hurdles to making the technology genuinely viable for mainstream adoption. An array of projects and platforms have been developed that attempt to solve this precise issue.

The majority of current efforts predominantly revolve around cross-chain token transfers (the ability to send a cryptoasset from one blockchain to another), while overlooking one of the key value propositions of blockchain technology, smart contracts. Smart contracts are protocols on a decentralized network that are designed to execute according to the terms of an agreement. As smart contracts are relatively straightforward transactional protocols, an input results in a defined output, they offer the foundation upon which the decentralized services of the future can be built.

Currently smart contracts are limited to operating solely within the context of the blockchain on which they are deployed, whether that be Ethereum, Polkadot, Cardano or any other smart contract platform. This not only limits usability but also the number of users any smart contract application can serve, as well as fundamentally precluding connectivity between different blockchains. t3rn has been created to offer a solution to this problem.

First of all, users can be safe in the knowledge that any funds that are being transferred via a t3rn smart contract are safe, as transactions on t3rn are always insured for double the value being transferred. Furthermore, t3rn is specifically designed to guarantee successful execution of smart contracts across blockchains. This is possible as execution of a smart contract on t3rn is broken down into individual, composable, steps (Execute, Revert and Commit) which are uploaded and hosted on t3rn’s unique Circuit solution; smart contract data is detached from the smart contract and fragmented across execution steps. This is a key aspect of ensuring successful execution as, due to this compartmentalization, a transaction can be reverted until the final ‘Commit’ signal is provided from both of the blockchains involved. Therefore, should a transaction fail on one blockchain, it can be reverted on the other.

It is this aspect of composability (breaking down a process into its constituent, composable parts) that allows t3rn to facilitate interoperability between blockchains. However, this is by no means the only novel function that composability offers t3rn users. ‍

Composability is the ability of the individual parts of a system to interact with each other in a number of ways, producing entirely different - yet viable - systems; having the quality of ‘composability’ means that individual pieces within a system can interact with one another to create something entirely different. This is a key feature of how t3rn operates with smart contracts once they have executed.

As discussed in the prior segment, t3rn’s smart contracts are detached from their data and hosted separately in order to facilitate blockchain agnostic execution. Once the execution has taken place, the individual parts of the smart contract are stored permanently in the t3rn registry, becoming available to anybody who wishes to use them. This aspect of t3rn allows the protocol to fully democratize the use of interoperable smart contracts, and to alleviate the difficulties associated with doing so; contracts can also be submitted to the registry with no prior execution, for the benefit of the t3rn community. By using the t3rn repository any developer, regardless of how experienced they are with smart contracts, can deploy interoperable, blockchain agnostic smart contracts. Developers can also choose to utilize every part of a smart contract, or simply whichever composable parts of it that they need.

Developers who add smart contracts to the t3rn repository can allow others to utilize their contributions free of charge or can opt to be remunerated by those who use their code, paid for in the native TRN token. An Early Contributors fund has also been established to reward the first developers that contribute to the t3rn repository (details about this fund will follow in a later blog post).

Ultimately the aim is to create an ecosystem that facilitates collaboration, whether that be between blockchains or individual developers, who have the opportunity to operate in a thriving marketplace, where they can choose to open up their smart contracts to users for free, while others can opt to be remunerated on a pay-per-use model; the more times their smart contracts are deployed, the more they earn.

The Web3 Foundation is a trailblazing organization setup to enable the global transition to ‘web 3.0’, an open, fairer, trustless and permissionless version of the internet that we know today. The entity oversees some of the most pioneering projects in the blockchain space, including one of the foremost blockchain application platforms in the world, Polkadot, which hosts some of the most exciting blockchain projects on its platform. t3rn will be amongst those to explore operating as a Polkadot Parachain as a means of guaranteeing stability and security.

A guiding principle of the Web3 Foundation is to support projects that can bring value to the Polkadot ecosystem. To that end, the Web3 Foundation provided t3rn with a grant to present our unique approach to blockchain agnostic smart contract execution, as a means of bridging the gap between blockchain application platforms. The Web3 Foundation grant was released on a milestone basis, meaning all t3rn proposals and aspects of the protocol have been scrupulously vetted for feasibility before any further grants could be released, with a final proof of concept being delivered to the Web3 Foundation in December 2020.

As such, t3rn is not a whimsical concept nor vaporware, but rather a heavily scrutinized solution, that has been proven capable of delivering interoperable smart contracts to the Polkadot ecosystem for the benefit of the t3rn community, the Polkadot offering and the blockchain space as a whole.

We look forward to having you on this journey towards full blockchain interoperability with us.